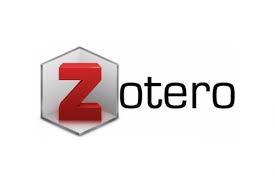 Zotero is a free citation manager produced by the Roy Rosenzweig Center for History and New Media.

This video is by the Librarians at the Health Sciences Library, John A. Burns School of Medicine.

In the video, there is a reference to using PubMed, which is a medical database. Your experience might be similar with other databases. (This section is very short.)

This video was made by Molly Montgomery at the Idaho State Libraries.

This video is a down-and-dirty quick overview of what you can do with Zotero.

The Librarians at the University of Alabama Libraries prepared this fantastic video on the three ways to add resources to your Zotero library.

Use Zotero with a Word Processor

Zotero can be easily integrated with a word processor of your choice:

1. Other reference managers go through long periods of little to no development that disrupt productivity and even prevent access to research data. For example, EndNote didn’t support Word 2016 until 7 months after its release. Mendeley has taken years to support the latest versions of macOS, and took two months to address reports of PDFs disappearing from users’ libraries.

2. Mendeley, RefWorks, and EndNote Web require you to be logged in, so if their owners decided to stop supporting their software, or even if their services were down temporarily, you would be unable to open your library.

3. Mendeley encrypts your database, preventing you from exporting your data in full to other tools and even from accessing your data at all if you can’t open the program. EndNote has claimed that no one can open EndNote files without their software.

4. Though Mendeley, Papers, and Paperpile are proprietary and closed source, they depend on open-source software created by the Zotero community. All use the citation processor that was developed to enhance Zotero’s citation abilities. Most of the thousands of citation styles they offer were requested or created by Zotero users. The Mendeley word processor plugin is based on an early version of Zotero’s plugin. By using Zotero, you’ll get better support and earlier updates, as well as the chance to influence the development of these tools.

Accessibility Statement
The University provides reasonable accommodations to individuals with disabilities upon request. Any person with a disability who needs accommodations for a workshop should contact UMA Libraries at uma.library@maine.edu to submit a request. Due to the lead-time needed to arrange certain accommodations, individuals should submit their request no later 1 week before the event.